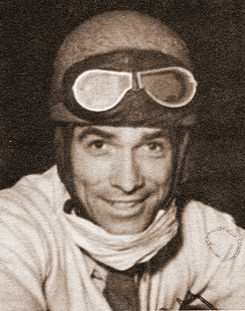 If you've never heard of the "Racing Farmers" of Caruthers, well, pull up a hay bale, sit a spell, and learn somethin'. Ray Elder sat behind the steering wheel, wore a crash helmet, and put the pedal to the metal. His brother, Richard was inconspicuously in the background, carrying around a crescent wrench, a pair of pliers, and a screwdriver. But they were a team, early members of California's racing royalty when it came to the kingdom of spark plugs, carburetors, and gear boxes. They were known as the "Racing Farmers" because that's what they were before becoming involved with the risk, stress, and expense of stock car racing. It started when the Elders bought a used 1966 Dodge from professional driver Jack McCoy of Modesto. The following week, Ray entered and won a NASCAR Pacific Coast Late Model circuit race at Ascot Speedway in Southern California, his first in a career of forty-even wins. These victories placed Ray second on the All-Time Grand National West Series list by the time he retired in 1975.

Thirteen years after his first triumph at Ascot, Ray had driven to six NASCAR Grand National West Series Championships and had won the Most Popular Driver Award eight times. Richard had won the Mechanic of the Year crown six times. In eleven years of West Series events, Richard and his team of mechanics ranked in the top three in the National Championship Series standings. The crew was made up of friends and relatives from Caruthers. The coveted West Series titles were won by Elder from 1969 to 1972, 1974, and 1975. His four consecutive Auto Zone West Series wins were interrupted by old friend McCoy in 1973. Elder is #1 in most championships (six), most starts (121), and most Top 10 finishes (twenty-seven).

Another outstanding characteristic of Ray's racing career was the exemplary efficiency of his crew during pit stops. They were so fast that it made little difference what surface they were running on; they were going to get their contender back into the race in the shortest time possible. Elder made “modern era” history when he became the first Winston Cup West driver to win a Grand National Race which included the Motor Trend Riverside 500 in 1971 and the Golden State 400 in 1972. Elder is #3 on the West Coast Stock Car Series All-Time Top 10 list which includes Hershel McGriff, Parnelli Jones, Jack McCoy, and Bill Schmitt. Ray Elder, the "Racing Farmer," was inducted into the West Coast Stock Hall of Fame in 2002.