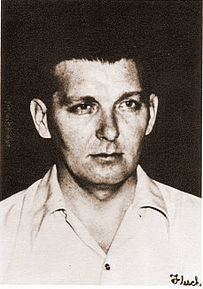 In an era where 300 games were not as common as today, Flesch rolled five of them, three which were sanctioned. His highest three-game series was 773. He once bowled 1,200 for five games during a benefit for the Chicago Service Men's Center. The Illinois native begin managing bowling lanes in his home state. Flesch, who carried twin nicknames of "Deacon" and "Chopper"during his professional career, took turns at managing at the Playdium, the Midstate Bowl, and the Sunnyside Bowl in Fresno. He teamed with Buddy Bomar to win the 1944 National Two-Man Title. He also made the Bowlers Journal All-American team in 1949 and was captain of the Western All-Star teams in 1946 through 1948.