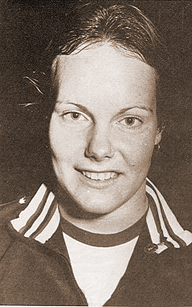 The popularity of swimming surged in the San Joaquin Valley like a tsunami during the 1960s. It presented an option for youngsters who were not interested in Little League baseball, Pop Warner football, tennis, or gymnastics to participate in something less strenuous or so they thought. Jill Spaulding of Fresno attracted national attention as the "World's Fastest Ten-Year-Old Girl Swimmer" in 1960. The floodgates were opened as parents from Bakersfield to Merced were signing up their youngsters for age group programs which became high school aquatic team "feeders." By 1963, there were 112 AAU Age Group listings for Central San Joaquin Valley swimmers and divers plus an additional thirteen AAU Junior Olympic listings.

Gene Stephens, the coach for Fresno City College and a pioneer of Central Valley age group swimming programs, made enormous contributions to the development of young aquatic stars of the future. For example, he was mentoring the Greenwoods; Mark when he was twelve and Heather when she was ten. Mark was shattering age group records as a ten-year-old and serving as an example to his sister, Heather, showing her what discipline, dedication, and determination could accomplish. Heather benefited so much from observing Mark and being mentored by Stephens that she emerged as a champion herself. She perfected a two-beat kick which was unusual for women to attempt and, by the time she graduated Hoover High School, she had dominated her specialty, winning the Central Section CIF 100-yard freestyle for a consecutive three years, clocking 53.2 in 1973, 52.9 in 1974, and 53.8 in 1975. Heather also won the U.S. Nationals 1,650-yard free in 16:47.11 in 1975.

Although she wasn't as strong or as powerful a stroker as some, Stephens said that Greenwood was the “best all-round female swimmer ever developed in the Valley." Heather continued to improve as she gained essential experience against some of the world's fastest freestylers. In 1973, she won the 400-meter freestyle at the FINA World Championships in Belgrade, finishing ahead of U.S. teammate Keena Rothhammer and Novella Caliganis of Italy. She also swam the third leg on the silver medal 400-meter free relay team which included Kimberley Peyton, Katherine Heddy, and Shirley Babashoff. Swimming for George Haines' Santa Clara Swim Club one year later, Heather broke the world record for the 400-meter free, clocking 4:17.13 on June 28, 1974.

While Heather was splashing to triumphs and records, Mark was collecting a couple of U.S. National titles of his own as a member of the gold medal 880-yard free relay teams with Steve Furniss, John Naber, and Bruce Furniss (7:33.53 in 1976) and Steven Picknell, Steve Furniss, and John Naber (6;29.07 in 1977). One thing that must be emphasized is the impact that age group Swimming programs had on high school swim teams. As the interest accelerated with the successes to Heather and others, high school coaches began tracking results or the age group meets, even going out of their way to attend many of them during the non-school summer months. Athletes developed by age group programs entered high school competition already experienced and disciplined.