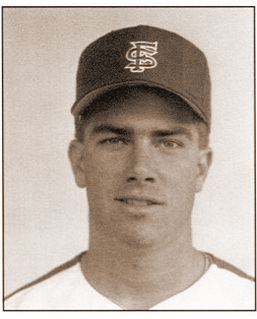 Bobby Jones never anticipated playing ten seasons of professional baseball. After all, he had loved ice hockey above all sports as a youngster and was so laid back about being drafted, he went golfing the day the big selections were made. Jones had an eight-year career with the New York Mets that included playing on the National League All-Star team and in the World Series against the Yankees. He finished his major-league career with eighty-nine wins, eighty-three losses and a very respectable 4.36 ERA. He struck out eighty-seven in 241 games started. He was also an outstanding fielding pitcher, with a career.968 fielding percentage, and five times, he finished the season with a 1.000 fielding percentage.

For Jones, among the elite few to make it to the big leagues out of Fresno, the dream of playing professional baseball dawned gradually as he developed into a stellar pitcher for Fresno State. Early on, though, his aspirations focused on hockey. Robert Joseph "Bobby" Jones was the kind of kid who loved to play sports year round, and whacking a puck around the ice was his favorite. "My dad played hockey in his native Michigan and he taught me to skate and I was in the Junior Fresno Falcons program. I could skate backwards pretty good for a big kid and I wound up playing defenseman," Jones said. In Little League and Babe Ruth League, he was a "regular kid" who pitched and played shortstop. "I wasn't particularly over-powering, but I could throw strikes," Jones said. "Even in my early high school years, I wouldn't say that I was a star. At Fresno High, I got brought up to varsity at the tail end of my sophomore year, and then had pretty good years in my junior and senior years and got some college offers."

There were a whole lot of letters in the Jones mailbox from various colleges looking for pitching help, but there were ten or so teams that really came after the now 6'4" right-hander who could throw strikes when he needed to with a growing assortment of pitches. Texas A&M, University of California, Berkeley, and Fresno State were among the colleges that recruited him heavily, but for Jones, the choice was easy. "I had Fresno State all the way," Jones said. "They had gone to the College World Series in 1988, they were pre-season number one-ranked in 1989, and they had Bob Bennett as their coach. Plus, they had the new state-of-the-art Pete Beiden Field to play in. All that was super, but to stay at home and play in front of my family and friends, well, that was just great."

p Bobby said Fresno High School Coach Ken Papi and Bennett had similar styles that prepared him well. "Both of them are guys who played at Fresno State and know the Bulldog way about dedication, determination, 100 percent every time, being responsible for your actions and playıng the game hard," Jones said. Jones learned a great deal about baseball and life situations as well from both men: "So many of the players they worked with have gone on to success in other areas besides baseball, to success in business, family, and personal responsibility."

Even though Jones did well as a freshman at Fresno State (he set the single season record for saves), it still didn't dawn on him that he might be able to play ball for a living, and he gave the draft little thought. Then, in his sophomore year, he became much stronger and he developed as a starting pitcher under Bennett. His junior season was a breakout year for Jones, who went 16-2 and led the Bulldogs' return to the College World Series in Omaha, Nebraska while being named the National Collegiate Athletic Association's Player of the Year. Although awards and recognition were plentiful, the All-American pitcher still wasn't sure he would be drafted. "I figured the offer would have to be pretty good if I was to go because I had three years invested into my degree [criminology]," Jones said. On the day of the draft, he and his dad went golfing as they often did, and "had a great time," Jones recalled. When word came that the New York Mets had selected Jones in the first round, it was a happy day for the Jones family and friends. Fresno folks began thinking about the other young pitcher from Fresno High School who was drafted by the Mets, the great Tom Seaver. Bobby worked his way up to the big leagues through the Mets farm system. "It was a great experience, making friends, working hard, and hoping to achieve the goal of getting to "the show," Jones said. In 1993, Jones made it to Shea Stadium, first year in an eight-year career with the Mets. In 2001, Jones was traded to the San Diego Padres, where he pitched for two years.

Bobby married his college sweetheart, Kristi, and they have three children. Family was definitely number one on Jones’ list and his wife and kids were with him throughout his career. But they always looked forward to coming back to Fresno. In 2003, the Colorado Rockies offered him a lucrative contract. At the dinner table that night, Bobby left that decision up to the family as to whether "Daddy should pitch another year of baseball or stay home in Fresno." Young Breyton Jones answered, "Daddy, I think you should stay home with us, here." Jones and Kristi looked at each other and the decision was a done deal.

Still, Jones said his career in professional baseball was an unexpected success with unforgettable achievements. While pitching during the 1997 All-Star game against the American League, Jones struck out Ken Grifey Jr. and then Mark McGwire, two of the most prolific homerun hitters. When he returned to the dugout, pitcher Curt Shilling shook Jones' hand and said, "Bobby, one day your son is going to be able to tell people that his dad struck out Ken Griffey, Jr. and Mark McGwire, back- to-back, and you know what? I don't think anybody else is ever going to be able to say that." At the time, the two sluggers were on different teams and in different leagues.

Another thrill for Jones was pitching a one-hitter against the San Francisco Giants in the 2000 NL Playoffs. It was an especially poignant win as Jones had started the season with a 0-4 record and had been sent down to the Mets Triple A team in Norfolk, Virginia. When he returned to the club, he went 12-2 as the Mets won the league playoffs and made it to the World Series.