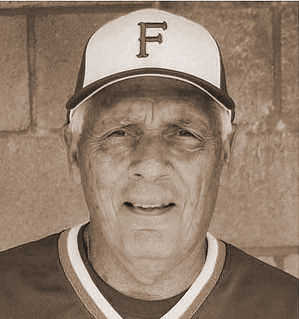 A love of baseball, commitment to youth and loyalty to Fresno High School underpinned a coaching career that ranks among the greatest in Central Section history.

Papi had coached 37 varsity seasons for the Warriors at the time of his induction, winning 580 games, second-most in the section history, and among the Top 10 in the state.

Despite demographic shifts that turned Fresno’s oldest high school into an inner-city school, he continued the Warriors’ century-long tradition of baseball excellence. Papi, a catcher, played for Coach Len Bourdet at Fresno City College, then went on to play for both Coach Pete Beiden and Coach Bob Bennett at Fresno State, where he learned that executing the fundamentals and giving your all were crucial to success.