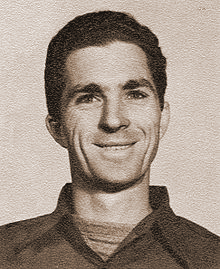 When Robert Perkins joined the cadets at Fresno High School in 1929, he learned to shoot. Two years later, he won the .30 Caliber California Championship. In 1946, he won his first of eleven consecutive California state championships. In 1952, the single point, hitting the center ring 3,187 times out of 3,200 shots.

Perkins told a reporter that he purchased a WinchesterModel 52 in a yard sale for sixty-five dollars and, when he finished making all the improvements including a 20-power scope, he had invested $350. He said he trusted the guns upkeep to another Fresno Hall of Fame shooter, Henry Wright. "The toughest things to learn were the effect of winds and mirage [or] heat waves, but once I conquered those I had no trouble,"Perkins told a Bee reporter prior to heading for the national championships. "I think the keys to shooting are confidence, coordination, practice, and a lot of sleep."

Perkins' first top five finish against top competition was a fourth place in the Western Small-bore Championship in 1936 held in Richmond, California. In 1942, he ranked 21st nationally against a field that included 15,000 to 20,000 shooters from each state. One of his titles was at the Fresno Rifle Club. He was 14-0 in Far Western competition. Perkins was the only shooter to make the United States Small-bore Team for twelve years in a row. He also finished second four times and once each at third and fourth national championships. Perkins was president of the Fresno Iron Foundry which was started by his father.