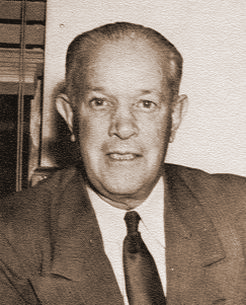 Nearly 40 years after his graduation, I.F. (Crip) Tooney is still rated one of the top football players ever produced in the San Joaquin Valley.

Born in Fresno on Nov. 10, 1895, Toomey won 10 letters in four major sports and was noted for his ability in track as well as football.

At the University of California, Toomey concentrated on football and was one of the stars of Andy Smith’s "Wonder Teams" of 1919, 1920, and 1921. He started in two Rose Bowl games (against Ohio State in 1921 and Washington & Jefferson in 1922) and set a school record for points after a touchdown that lasted 30 years before it was broken by another Fresno County Athletic Hall of Fame member, fellow Fresno High alumnus Les Richter.