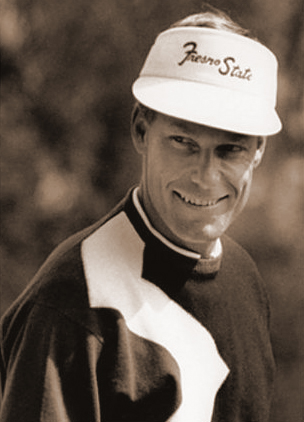 Watney’s influence on collegiate golf bought the NCAA Championships to Fresno’s San Joaquin Country Club in 1983 and the NCAA Western Regionals to Madera’s Riverbend Golf Club in 2000. Under Watney, the Bulldogs qualified for the NCAA Championships 25 times, highlighted by a school-best fifth-place in 1990 and a No.3 final national ranking in 1987. Watney was honored as district or region coach of the year three times (1987, 1994, 2002) and nine times as Big West Conference or Western Athletic Conference coach of the year. Watney is recognized internationally, serving as a liaison between Japanese and U.S. golf for the Topy Cup. The event annually sends four men’s and two women’s collegiate teams to Japan. Watney was a golf standout at Fresno State, earning honorable mention All-American honors in 1973. The Bullard High graduate competed on the PGA Tour in 1978 then became Fresno State coach in 1979.