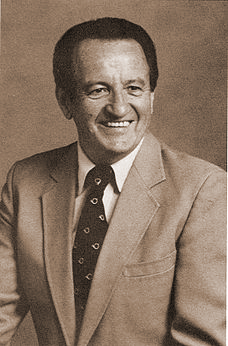 In an over fifty year bowling career that has taken him to the four corners of the globe, picking up many championships, awards, and enough remarkable success to easily get him elected to the American Bowling Congress (ABC) Hall of Fame, Bill Bunetta was grateful for the fame and fortune that the sport gave him. The thing that he was most grateful for was the recognition gave him the opportunity to do what he loved most and that was to teach. As great as his competitive career was, Bill achieved even more distinction as one of the profound students and theoreticians of the sport. He was known to many in the bowling world as "The Professor." Many of his competitors on the pro tour over the years called on Bill to help coach them because of his prowess in the knowledge of the analytical and technical aspects of the game.

Bill Bunetta was born in Detroit, Michigan and that was where his bowling career began to take shape. In fact, he was the only professional bowler to win all four of Michigan's major bowling tournaments. Bill moved to Fresno in 1961 and spotlighted the city as his championships and national TV appearances always noted that Bill was from Fresno, California. All throughout his career, he would find new ways to amaze people. For example, he was a prolific 300 bowler in that he bowled a perfect game, knocking down all pins in every frame over 150 times. At age seventy-six, Bill became the oldest bowler in the world to bowl back-to-back 300 games.

Bill Bunetta was inducted into the ABC Hall of Fame in 1968 after winning his fifth ABC title. The National Championships, the ABC titles, and his recognition as one of the best in his sport were all wonderful experiences for Bill. However, the prestige of being a pioneering instructor for the sport of bowling meant the most. Bill's biographer, Danny Ayers said, "To me, Bill Bunetta embodied what it was to truly be an athletic hero. To achieve so many great things in a sport, and then gladly turn around and teach it to so many others to help them get to whatever level they set their goals for, whether they be professional or just for fun." Bill Bunetta, a charter member of the Professional Bowlers Association and the sole bowler in the Fresno Athletic Hall of Fame, died March 22, 2010 in Fresno of heart failure at the age of 90.