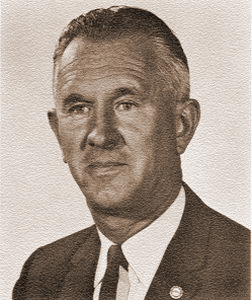 The Central Valley has long been known as a major source of exciting automobile racing. Many sons of the San Joaquin got their racing starts here, winning both locally and on the national scene. A trio of native Fresno drivers soared to fame around the country and into the record books of the biggest tracks, including the Brickyard. Bill Vukovich, Duane Carter, and Johnny Boyd were friends and competitors as racing became a major sport in the eyes of Americans from coast to coast. Together, they competed in more than twenty-five Indianapolis 500s. All three earned their journeymen papers in midget and sprint racing and all three were prominent in the grand era of racing in the 1950s. Carter and Boyd were in the tragic race in Indianapolis in 1955 when Bill Vukovich was killed as he was leading the race after winning the last two years.

Duane Carter had begun his racing career on the dirt tracks of Fresno's west side while he was a student at Fresno State College. In the summer of 1937, he was one of six drivers who qualified to race in a midget series in Auckland, New Zealand. Two years later, Duane teamed with his friend and acting crew chief Chris Economaki, who would later go on to become perhaps the best known radio and television racing commentator and journalist. With Duane driving, the team won consistently around the country with their outboard midget car. In 1940, Duane won the Detroit Motor Speedway title and followed it up with the 1942 championship at Sportsman's Park in Chicago. In 1947, Duane took his midget car and won the Los Angeles Coliseum Motordome race. After that win, he moved on to sprint cars, and won the 1950 Midwest championship.

Between 1948 and 1963, Duane drove eleven Indianapolis 500 races, logging over 4,300 miles on the legendary Brickyard track. He finished three times in the top five and five times in the top ten. He also drove in the AAA and USAC Championship Car series over those years with forty-seven starts, finishing in the top ten twenty-three times. After his retirement from driving, Duane still had a long way to go in racing. He was a founder, administrator, and competition director for the United State Auto Club (USAC) and served the sport for many years. While with the USAC, he instituted a driver's insurance plan and a benevolent fund that paid for injuries and had the organization pay for funeral bills for drivers killed in racing. In 1989, Duane Carter was inducted in the National Midget Auto Racing Hall of Fame and he received the same honor in the National Sprint Car Hall of Fame in 1991. Duane's son, Pancho, a racing driver, was named the Rookie of the Year at the Indy 500 in 1974.