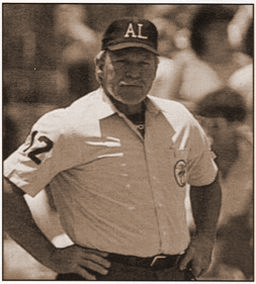 When Terry Cooney was growing up in Salem, Oregon, his main passion was playing sports. He participated in all types, but his favorites were football, baseball, and track. At Sacred Heart High School, Terry earned fourteen letters and made many all-star teams during his prep years. "I mainly just felt like I was born to be a football player," says Terry now, "I loved it so much and playing it was my dream." After graduating in 1951, the Marion-Polk League All-Star fullback and linebacker had received many scholarship offers from colleges to continue playing his favorite game at the next level, but Terry was happy right in his hometown, accepting an offer to play at Willamette University. He showed great promise four games into the 1952 season, giving Beareat fans a great deal to be excited about; he was a big time blocker and delivered big hit tackles until he injured his knee. It was a devastating setback and Terry was out for the season. "In those days, they weren't so well-versed in patching you up anywhere near compared to what they can do today," says Terry, looking back, "They would put a cast on you and you just crossed your fingers in recovery."

In 1953, Terry tried to come back and the results were the same: more surgery and another cast, only this time, his football career was definitely over. "It was the saddest time of my life. I didn't know what to do. I Just drifted," says Terry. Holding various jobs over the years, including a stint in the U.S. Marines, Terry eventually made his way back to sports by working with recreational programs. He found enjoyment in helping run various leagues and serving as an official. At one point, a friend commented that he thought Terry would make an excellent umpire in professional baseball and Terry began to think about it. In the early spring of 1968, Terry went to an Oakland A's baseball game early enough to speak with a couple of umpires as they were arriving at the Oakland Coliseum. As fate would have it, Larry Knapp and Jimmy Rice, two veteran major league umpires, took the time to talk with Terry and told him of the Daughtry Umpire Training Camp in Florida. Knapp even gave him the phone number and encouraged him to call. Terry did, and a month later, he was on his way to the famous umpire school.

After graduation, Terry got offered a job right away in the California League (Class A level) where he spent two seasons. In 1970, he worked his way up to the Texas League (Double A), then the Pacific Coast League (Triple A) from 1971 to the end of 1974. The call to the major leagues came on September 28, 1974. He reported to Anaheim Stadium to call the game between the California Angels and the Minnesota Twins. As if that wasn't enough of a treat for Terry Cooney it was also a game in which Nolan Ryan threw a no-hitter and struck out fifteen Twins. Terry Cooney's major league career spanned eighteen years in the American League which included calling AII-Star games, ALCS playoff games, and the World Series. He even had an altercation with Billy Martin in which Martin charged Cooney once, then bumped him and knocked him over. Martin was fined heavily for this incident.

Terry later stated, "Off the field, Billy was a great guy. He even came to Fresno one time to do a Hot Stove League Dinner as a favor to me and helped make the dinner a great success. Billy always said his on-field arguments were nothing personal against us."Terry Cooney officiated games with many famous players and personnel including Roger Clemens, Earl Weaver, Dick Williams, Frank Robinson, and Tommy Lasorda. On how his profession has changed over the years, Cooney stated, "Every pitch is analyzed these days and the umpires are under constant pressure. Doesn't seem like much fun. I'm glad I did it when I did. I was so happy and grateful to be part of such a great game and I felt blessed to be there and work with the people I did. Always during the National Anthem, I thanked God I was able to be there."