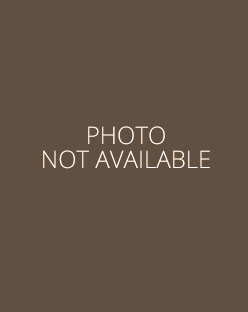 Tom Goodwin won an Olympic gold medal for the USA's baseball team while excelling as a Fresno State Bulldog, and went on to a fourteen-year professional career. At age twenty, he was the youngest member of the USA team that took the top prize at the 1988 Seoul Olympics.

"It was an awesome experience," Goodwin said. "It was my first time being away from home. I learned so much how other countries viewed us and how they played the game of baseball. I was one of the rare athletes who had a chance to compete for my country." During the Seoul Olympics, the U.S. Team defeated Korea 5-3 and Australia 12-2, then lost to Canada 8-7, but rebounded against Puerto Rico 7-2, winning the gold medal against Japan 5-3 in the tournament finale. When Goodwin was thirty-six and in the final season of his major league career playing for the Chicago Cubs, first baseman Derrek Lee overheard Goodwin reminiscing about the 1988 Olympic Games and asked him: "You have a gold medal? That's awesome. I want to see it." Twenty-five Fresno State athletes have been members of various Olympic teams through the years, but two-time All-American Goodwin was on the team that won the first and only gold medal for baseball.

Goodwin, an outstanding all-round high school athlete for Central High School in Fresno, played for Coach Bob Bennett at FSU from 1987 to 1989. He was drafted in 1986 by the Pittsburgh Pirates in the sixth round (134th overall) when he was still in high school, but opted not to turn professional until 1989 when he was drafted in the first round (22nd overall) by the Los Angeles Dodgers.

Built tall and lean and blessed with great speed and quick reflexes, the 6'1", 170-pounder led the National Collegiate Athletic Association in stolen bases for 1988 and 1989 and holds the school record of 164 stolen bases. Goodwin was one of three AlI-Americans on the 1988 Bulldog team which compiled a 56-12 record and was ranked number one during most of the season. Goodwin stole thirty-two bases that year. First baseman Lance Shebelut and pitcher John Salles joined Goodwin as All- Americans that season. The Bulldogs went on a thirty-two game winning streak and Bennett was named Big West Conference and NCAA Coach of the Year. But the Bulldogs ran out of gas when they got to the College World Series, losing their first two outings to Stanford 10-2 and Miami 8-4 in twelve innings to finish tied for seventh place.