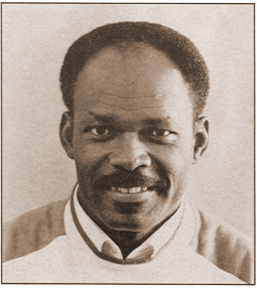 Erv Hunt played in the NFL and coached track and field for the Cal Bears for thirty-one years, setting a record for most coaching wins. Hunt established an international reputation as a coach and landed a prestigious assignment in 1996: the head men's track and field coach for the U.S. Olympic team for the Atlanta Games. Under Hunt's direction, the U.S. won sixteen medals: ten gold, four silver, and two bronze, one of the highest medal totals in U.S. Olympic track history. At University of California, Berkeley, the men's teams had a .765 winning percentage while the women's teams amassed a .700 winning mark. During his time at Cal, Hunt coached ninety All-Americans, fifty-one conference champions, and five national champions.

Hunt's athletic success began at Edison High where he starred in football, basketball, and track for the Tigers. At Fresno City College in 1967, Hunt established himself as one of America's top junior college athletes by running the 120-yard hurdles in fourteen seconds flat, giving him the fastest time in the nation that year. His 49'8" triple jump was also one of the finest track performances in 1967. In football, Hunt was an all-everything wide receiver and safety under Coach Clare Slaughter. At Fresno State University, Ervin excelled in track and football and was named a First Team All-American as a safety under Coach Darryl Rogers. "Erv was a great football player," said Fresno State teammate Mike Freeman. "He had a great attitude and love for the game and it was his quickness and natural reaction that gave that him a real fast close on the ball."

The Green Bay Packers selected Hunt in the sixth round of the 1970 NFL draft. A back injury forced Hunt into retirement from football in 1972. He returned to track and field as an assistant coach at Cal, the start of a long and successful tenure for Hunt and the Golden Bears. In 1973, Hunt took over as head coach and it didn't take him long to establish one of the nation's best college track and field programs. It was a storybook thirty-one seasons for Hunt, who set a new record for coaching wins for both the men's and women's teams in Cal's 100-plus years of track and field history. Hunts coaching prowess was recognized on the international stage long before the 1996 Olympics. In 1986, he was selected as an assistant coach for the U.S. at the Freedom Games in Moscow. This job led to additional assistant assignments for the 1989 World Cup Games in Barcelona, Spain for the 1992 Barcelona Olympics and for the 1993 World Championships in Stuttgart, Germany. His first head coaching job with U.S. track and field came at the 1995 World University Games in Fukada, Japan.

Hunt had a reputation as one of the finest hurdles coaches in the nation and was a member of the USATF National Olympic Development coaching staff. He was also named the1981 NCAA District VIII Coach of the Year. In 2005, he was inducted into the United States Track & Field and Cross Country Coaches Association Hall of Fame. He was also named to the Fresno State Bulldog Hall of Fame for football and track.