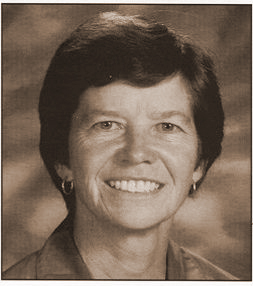 Sue Lemaire, a 1970 graduate of Fresno State, rose through the ranks to become one of the premier volleyball officials in the world in both the indoor and beach versions of the sport. Lemaire was a physical education major at Fresno State University with a minor in biology. She competed in volleyball, basketball, track and field and badminton. In 1983, she became the first woman certified by the U.S. Volleyball Association as an international referee. Using that as a springboard, she has had indoor assignments at the Pan American Games in 1987, the World University Games (1983,1985, 1993 and 1995), the Hong Kong Cup (1993), and the Goodwill Games in 1994. Lemaire received a certification in beach volleyball and was selected to officiate the 1996 Olympic Games in Atlanta and the World Beach Championships in 1997. The following year, she refereed the women's gold medal beach match at the Goodwill Games in New York. Lemaire also made her mark in collegiate volleyball by refereeing nine National Collegiate Athletic Association Division I National Championships and five national tournaments by the Association for Intercollegiate Athletics for Women, a pioneer body for women's sports. Lemaire also served on several national and regional rules and policy committees for volleyball and women's sports. She has taught and coached volleyball including at the college level.