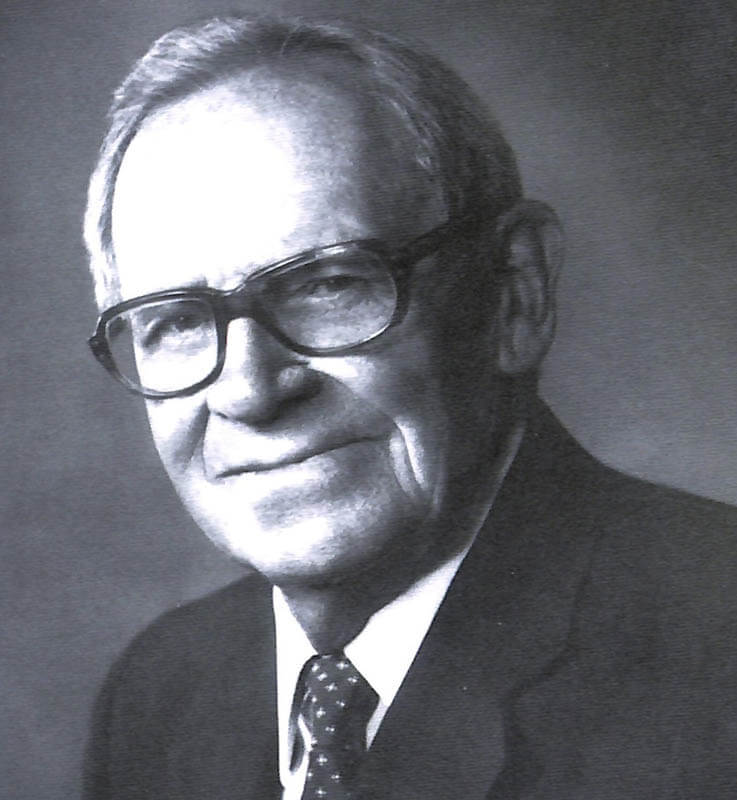 Born third in a family of nine children in the Ukraine at the turn of the 20th century, William Neufeld moved to the United States and blossomed into a world-class performer in the javelin and other throwing events. His father, a Mennonite minister, eventually settled the family in Reedley, where the 6'2" and 201 pound athlete played football, basketball, baseball, and track and field in high school and earned money working in the fields.

He went to Bethel College in Kansas, playing basketball and starring in track and field. Neufeld then decided to follow his brother Henry to the University of California. It was a perfect match, as Neufeld dominated the throwing events and led the Bears to the National Collegiate title in 1923. The following year, he won the discus title at the Collegiate Nationals, but that was just a warm up. Neufeld captured the javelin competition at the U.S. Olympic Trials in Cambridge, Massachusetts and threw the hickory stick 191'1 1/2". Following a week-long voyage across the Atlantic Ocean, he placed fifth in the javelin in the 1924 Olympics in Paris. Neufeld was a familiar face at many Olympics to follow. After coaching at Riverside College and Harvard University, he entered the U.S. He served in the Navy during World War II and later returned to Harvard as director of physical education. When Neufeld's competitive career ended, he traveled the globe as a coach and athletics liaison for the U.S. State Department. Thereafter, he was a contact for the 1952 Japanese Olympic team and also taught sports in Iran, Taiwan, and Africa on assignment for the State Department. Neufeld passed away in 1992.