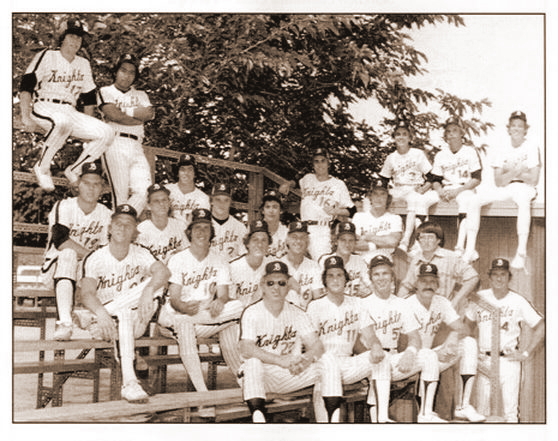 Reflecting the Knight’s reservoir of talent: Meier, catcher Craig Campbell, second baseman Don Erikson and first basemen Eric Hardgrave would sign to play baseball for Pacific-10 power Stanford, and pitcher Bill Hawkins would sign with the University of California and pitch in the College World Series.

Bullard’s dominance earned it a No.5 national ranking, a No.1 state ranking and the top spot in the heart of Noakes, a 1996 Fresno Athletic Hall of Fame inductee and a two-time national coach of the year.

The Knight’s tie came against San Joaquin Memorial in a game called because of darkness, and they later defeated the Panthers 11-0 with Phil Flanigan on the mound. The lone loss was inflicted 3-2 by McLane. Other than that, the Knights were perfect - even rallying from an eight-run deficit by scoring nine runs in their last at-bat without making an out to edge Madera 14-13.