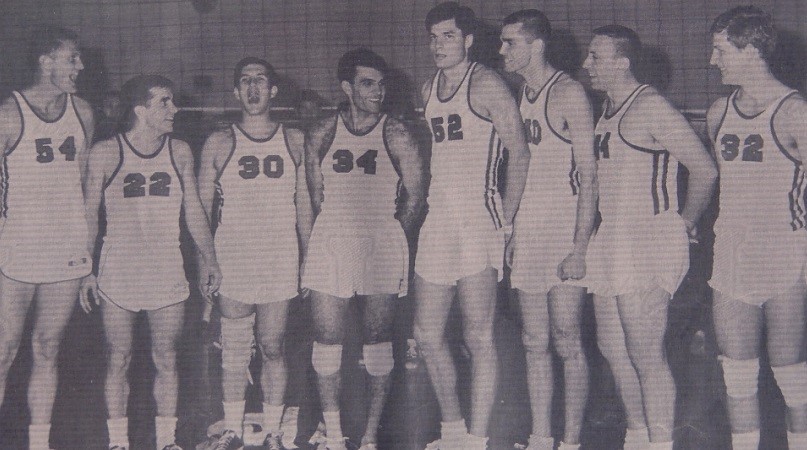 "It was the biggest upset in volleyball ever, us winning."

That is how George Sarantos describes the accomplishment of the 1967 Fresno Volleyball Club winning the U.S. national championship.

"Teams were seeded by how they did. We weren't seeded. We ended up being the best team in the United States," said Sarantos, the team's setter and coach who was also a former Fresno State basketball player.

The Fresno Volleyball Club was formed years earlier at the downtown YMCA. Made up of nine players, seven of whom were from Fresno and all in their 20s and 30s, it spent most of its time competing in tournaments in northern California where it typically finished anywhere from second to sixth place.

In early 1967, the group made the decision to enter the U.S. Volleyball National Championship in Detroit, Michigan. Bob Kurtovich did not make the trip, leaving the team with just eight players traveling to the Midwest.

The week before the national championship, at the same venue in Detroit, was the National AAU Championship and the Fresno Volleyball Club entered that tournament as well. Out of 28 teams in the field, Fresno finished in fourth place. However, its only losses were to the teams that won and finished runner-up.

That set the stage for what would happen the following week.

The Fresno Volleyball Club was one of 39 teams entered in the U.S. Volleyball National Championship.

And it was the only one left standing at the end.

Fresno started off the double-elimination tournament by beating Ohio State, followed by wins over Outrigger (the AAU champs), Columbus and Los Angeles YMCA before facing Sand & Sea in the finals.

Sand & Sea, a club team from Santa Monica, came through the losers' bracket to face Fresno.

"After a couple of quick points, we knew we had them," said Tom Bozigian, who was named the tournament's most outstanding player.