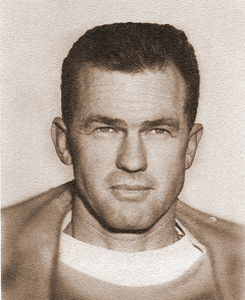 As a youngster, Walt Byrd was always at the head of his class when it was it came to athletics. So it wasn't surprising that he was a dominant player at the high school and collegiate levels. Old timers extol the achievements of this spunky 5'8", 155-pound halfback during a three-year career at Fresno State first coached by Leo Harris and later Jimmy "Rabbit" Bradshaw. He also played basketball and baseball for the Bulldogs under coach Stan Borleske, but it was on the gridiron that he sparkled. Byrd justified Coach Leo Harris' confidence in starting the Sophomore at left halfback in the 1934 opener against San Francisco State. In the first quarter, Byrd sprinted seventy-five yards on a reverse for a touchdown in a 33-6 rout of San Francisco State. Long breakaway runs became a Byrd trademark that season. After the 7-2-1 season and a tie for the Far Western Conference championship, it was announced that Byrd had tied Stanford's great All-American Bobby Grayson for West Coast scoring honors. The following year, Byrd had another big season in leading the 6-3 Bulldogs to a FWC championship.

After graduating from Fresno State in 1940 where he twice was named Honorable Mention on the All-American team, he became head football coach at Roosevelt High School in 1941. His Rough Riders won the valley championship in his first year which included a 14-0 victory over Erwin Ginsburg's Fresno High Warriors. It was not only Roosevelt's first win ever over Fresno High, but it also marked the first time in history that the Rough Riders had scored on their crosstown rivals. Byrd was a star running back at Fresno High School during his prep days. The benchmark victory in 1941 started several years of Roosevelt's domination of the Warriors. Byrd and Ginsberg were both in the military during World War II. They were discharged in 1946 and the "Big-Little Game," as the Fresno High-Roosevelt battle was called, continued until Ginsberg retired in 1956. Byrd continued to coach another three years and then became athletic director at Roosevelt until 1958 when he was named director of physical education and recreation for the Fresno City Schools. 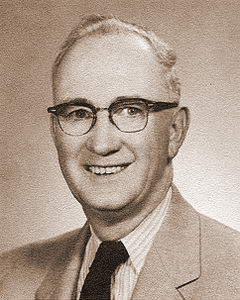 This feisty native of Leadville, Colorado arrived in Fresno in 1917. He and his brother, Court, immediately set up a coffee roaster on one side of Holland Market. By 1921, the Dales bought out Art McGaff and started the Dale Bros. Coffee business on H Street. It so happened that 1921 was the year that Fresno State fielded its first football team. Dale, who had played high school football in Leadville, watched the Bulldogs and it was love at first sight. Dale supported all sports and many academic ventures at Fresno State, but football was his first choice. From 1921 until he died in 1972, Dale was a Bulldog through and through. He sat on the Fresno State bench for thirty years until coach Cecil Coleman made him the official "Second Half Coach" complete with a sweatshirt stitched with that label on the back. In the 1930s, he purchased a residence nicknamed the "Renegade House" where most of the football players lived and were fed. He passed out an estimated 20,000 pieces of gum to Bulldog players before games. He was one of ten underwriters for the inaugural West Coast Relays and assisted in building the first lighted softball field in the nation. "Uncle Joe" was a household name among Fresno State athletes. 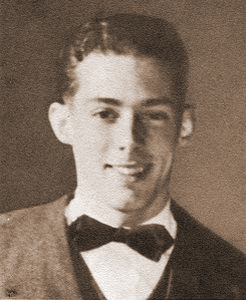 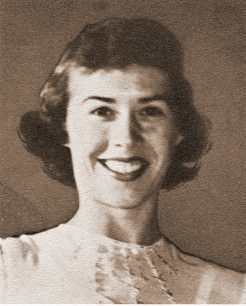 The story of Carol Ormaca Butler is one of a real-life Cinderella.

It was by chance that one evening, the Ormaca family, for want of something better to do, went skating at the old Fresno Rink on Olive Avenue. Carol, who had been studying ballet, took to the blades naturally.

She joined the local skating club and met Robin Greiner and they became partners.

In the first year of competition in amateur figure pairs skating, the Fresno couple won the California State Championship, the Pacific Coast Championship and the United States Championship, a very fast trip to the top from snowless, iceless Fresno.

During the ensuing four years, they dominated the United States pair ice skating and placed well in the World, skating in Oslo, Norway; Vienna, Austria and Garmisch, Germany.

The apex of her career came in 1956 when teaming with Robin Greiner the couple captured fifth place in the Winter Olympics in Cortina, Italy. 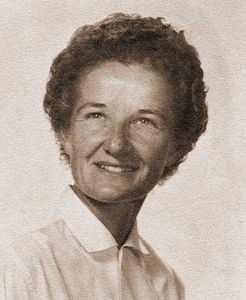 Fresno Rockets manager, Dutch Chandler is quoted as saying during a team reunion in 1979, "I've never known a greater woman athlete than Kay Rich." Unfortunately, Rich was unable to make that occasion. Rich was present, however, in 1963 when the Rockets gave her a surprise testimonial dinner in Fresno. In her humble way, Rich capped her remarks by saying, "I have been rich all my life and softball has given me most of my wealth."Rich lives in the small mining town of Jackson since retiring after twenty years as director of the Catholic Youth Organization in Fresno. "It's beautiful up here," Rich said when contacted by telephone. "The people are very friendly, I have a nice home with plenty of room. I still feel good. I was fortunate in twenty-one years of softball I never had a broken bone or even an injury. I always had my body in good condition."

Rich was the sixth woman to be inducted into the Amateur Softball Association National Hall of Fame. How good was this 5'10 1/2", 145-pounder with a fluid throwing arm and deadly bat? Teammates and opponents rank her as one of the best all-around players in softball history. Rich had it all. She had a sprinter's speed, powerfully hit with a high average, and always batted cleanup. She played first base until Gloria May joined the team and then moved to shortstop. In eight national championships, she made only five errors. Chandler always said she could've played any position and early on, she did and became an All-Star, but most of her career was spent at shortstop. Rich was so steady, she never had a bad national championship series. It didn't matter if the pitching distance was thirty-five or thirty-eight feet or if she was facing some of the greatest pitchers in ASA Hall of Fame history such as Reagan Tickey from Dinuba, Joan Joyce, Law, or Betty Evans. Rich led the Rockets to three ASA world titles, but one of her greatest individual performances came in 1955 when the Rockets finished second. May, noted for her fielding rather than hitting, had a big series batting .444. That would have been tops in most years, but Rich's average was an eye-popping .611. She had ten hits and ten RBIs. It is difficult to get Rich to talk about herself; she prefers rather to talk about the great team chemistry of the Rockets, how everyone got along and just had a lot of fun. "I know I played in the greatest years of women's softball," Rich said. "We played in the best league in the country and against the best players.

My only regret is that none of us got to play in the Olympic Games. That would have been the supreme honor to play for your country. Our team just loved to play softball. We made the nationals for the first time in 1951. We didn't win, but we agreed we had what it takes to win." Rich talked about the wild cross-country trips with thirteen players stuffed into two automobiles. It was uncomfortable, but no one complained. Good pitchers and high average hitters, especially in the national championship series, were rare, but Rich was an exception. Three times, she averaged .400 or higher in the nationals. Rich's overall average for eight nationals was .371. In 1952 when the pitching distance changed, she batted .400 with six of the eight hits for extra bases and a tourney leading seventeen total bases. In the same tournament, her fielding average was 1.000. She was named All-American eight times.

When Betty Schlegel retired as catcher, Rich took over that position. On the night of her surprise testimonial dinner, her remarks included: "Being associated with a team such as the Rockets was-and still is-something money can't buy. We laughed a lot and we cried a little through many years. I think Dutch Chandler had one of the keenest softball minds there is." What was Fresno's best team? "Probably 1953 [first national title]. We had one of the best infields in softball history." Rich said Fresno also had a list of top pitchers. "Ginny Busick was one of the best in softball history, but she went pro for two seasons and only played on one national championship team. Vera Miller was incredible. She didn't have a lot of velocity, but she had great control." After she retired in 1958, Rich never played competitively again. 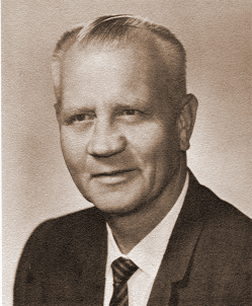 Back in 1922, Bert Schwartz went out for football at Fresno High School. He was a guard. He was active in other sports at high school.

He matriculated to the University of California in 1925 and continued to play in the line. On the Cal Varsity, he was the first string guard for three years.

In 1929, Bert was picked first string on three All-American teams and second-team on two others. He was also picked on the All-Pacific Coast team that year.

He played an outstanding game in the 1929 Rose Bowl in a game with Georgia Tech in which Cal’s Roy Riegels ran the wrong way to set the state for a Tech safety which won the game for the southerners 8-7.