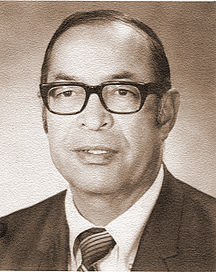 Art Cazares has a place in the Fresno State track and field record book that most likely will never be equaled. He is the only distance runner in Bulldog history to win an NCAA championship. As a senior, Cazares won the NCAA two-mile in 9:10 in 1942. The following week, he lowered his personal best to 9:05.2 in the AAU-Pacific Association two-mile race in San Francisco.

The Cazares family moved from El Paso, Texas to California where Art and his brother, Gabe, got their first taste of organized track at Garfield High School. While in high school, Cazares ran every distance from the half-mile through the two-mile. The experience paid off when he enrolled at Pasadena Junior College in 1939 and by 1940, he doubled with 4:16.5 in the mile and a 9:22 in the two-mile. Fresno's veteran coach J. Flint Hanner won the recruiting war and Art and Gabe enrolled at Fresno State. At the same time, they were joined by another top distance runner, Bobby Madrid. The Cazares brothers and Madrid were probably the best trio of distance runners that Hanner ever had.

Art Cazares and Madrid finished in a dead heat for first place in the California Collegiate Athletic Association mile run and Cazares also won the two-mile in 1941. The following year, he repeated as CCAA champion in both events. In one of his greatest races, the 1942 National AAU Championship two-miles, he finished second behind the international star Greg Rice. Even when Cazares was voted into the Fresno State Track Hall of Fame, no one was able to contact him. Former Bulldog track coach Red Estes said he believed that Art moved out of the country. 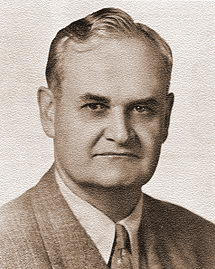 Although his father did not want him to play football, Lee D. Cranmer took the road from Fresno High School’s Varsity to the Rose Bowl and along the way changed his father’s mind.

A native of the San Joaquin Valley, Cranmer came to Fresno when he was two years old, from Modesto where he was born in 1899.

Entering Fresno High in 1913, he played rugby. His junior year, American Football took the place of rugby. He played first-string tackle playing in every game during his junior and senior years, except the Bakersfield High School game his junior year.

That one time, his father caught him sneaking out of the house for the game and made him stay home. However, Cranmer convinced his father by his senior year that he really wanted to play football.

The gridster played freshman football at Cal in 1917 on the first-year team that twice defeated an Olympic Club eleven that twice beat the Cal Varsity.

During the WW I year of 1918, he played for the Student Army Training Corps at the college until he was benched by a case of Diptheria.

The next year under the coaching of the great Andy Smith, Cranmer played running guard every minute of every Cal game.

In 1920, he continued as a running guard on the California "Wonder Team" which was undefeated, winning eight regular-season games and then shut out Ohio State, 28-0, for a Rose Bowl victory.

This year, he was named "Iron Man" for playing more minutes than any other player on the team; selected All-Coast and made several All-American teams and earned "Honorable Mention" by Walter Camp 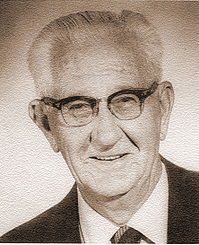 Huntley Dayton was an object lesson that debunked Leo Durocher's famous line that "Nice guys finish last." The Minnesota native moved to Parlier in 1921 and spent thirty-five years coaching a variety of sports. He was at Parlier High School until 1925 and at Sanger High School from 1926 to 1961 where he became an Institution. Dayton was a winner and yet gained the respect of his peers for sportsmanship, integrity, and love for his athletes. His Apache teams won three football, seven basketball, and six baseball Sequoia League titles. After he retired as coach and athletic director at Sanger, Dayton admitted to Fresno Bee sports writer Tom Meehan that he got into coaching almost by accident."I applied at Parlier for a shop teacher's job, " Dayton told Mechan. "The principal took me outside the school and pointed to a field where the students tied their horses. "You can build your shop there,' he said. 'And we need some help in coaching, so you will do that, too, after you finish building the shop." It was a different era, so the former Bradley University basketball captain built his shop and managed to squeeze in some coaching.

When Dayton moved to Sanger, he coached basketball, baseball, football, track, and tennis. It was the norm then, especially in rural schools, that one coach wore many hats, although it is doubtful that many were told to build their own classroom. Many of Dayton's athletes became an "extended family" for him and his wife, Florence. He watched with pride at the progression of some who went on to collegiate fame and into professional sports. He was equally proud of those who became good fathers, successful businessmen, farmers, and superior role models.

The Dayton-coached athlete that gained the most notoriety is Tom Flores, who excelled as a quarterback for the Apaches, Fresno City College, and the University of Pacific in Stockton. Flores also quarterbacked early Oakland Raider teams and won two Super Bowl titles as head coach of the Raiders. Lou Papac was a sixteen-letter winner in major sports and was a basketball star at Fresno State. His brother, Nick started at quarterback for Fresno State. Frank Starnes was a basketball starter and top scorer at USC. Bill Herron was a JC All-American at Fresno City College and went on to play in two bowl games for the University of Georgia. Gene Green, a marvelous all-round athlete, played professional baseball for St. Louis. Len Sondergard played basketball at Fresno State and also was one of the Valley's top softball pitchers and the list goes on. Dayton was able to accept defeat in a gracious manner, but was also humble in victory which is the real test of a man. 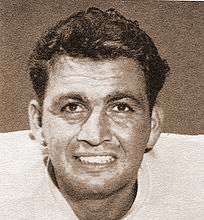 For more than 20 years, be it as a high school, university, and pro competitor or as a coach and leader, Don Paul has excelled in the game of football.

Paul’s pro career began with Los Angeles Rams in 1948 and he played eight years with the Southern California National Football League entry. As a top linebacker, he played on five Division Champion Ram teams in ‘49, ‘50, ‘51, ‘52, and ‘55. During this time Paul played three Pro Bowls, 1951-1953 and in 1951 with the Ram World Champions.

During his tenure with the Rams, he was the defensive signal-caller for seven years and was team captain four seasons. He was All-Pro Linebacker in 1952.

Paul was born in Fresno but he moved to Los Angeles with his family early in his life.

He tasted football competition first when he entered Los Angeles High School where he was an outstanding lineman and showed potential on defense.

In the World War II year of 1943, he matriculated to the University of California at Los Angeles. He made the Uclan Varsity as a freshman and was team captain in 1944. That New Year’s Day, he played in the Shrine East-West Game in San Francisco.

After the War, he returned to UCLA and was named to the All-Coast team and competed in the Rose Bowl.

After retiring as a player, Paul coached the College All-Stars defense in 1957 against the Giants and in 1958 in a win against the Lions.

He was honored by the Helms Hall of Fame as a linebacker.

The late Dan Reeves, the owner of the Rams, named Paul to his All-Time Ram Team as a linebacker. 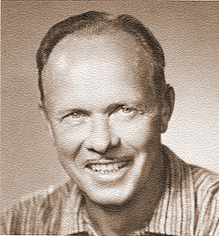 During this span of mentorship, Wilhelmsen coached COS squads captured nine Conference Championships, one California JC (1953) title and competed in state playoffs on two other (1952 and 1957) occasions.

A native of Nebraska, he came to Fresno with his family. His participation in organized sports began at Fresno High School under the guidance of Erwin Ginsburg. Wilhelmsen matriculated to Fresno State after graduating from FHS in 1924.

In college, he participated in basketball, track, and golf. He was a star for the Bulldogs, playing forward on the 1925-1928 teams. He is still considered by many local sports experts as one of the top players in FSC history, as a set shot and a dribbler.

In addition to his great dedication to coaching basketball, Wilhelmsen was active in the promotion of all sports and was always ready to lend a helping hand in strengthening the overall athletic picture.

He was a former president of the National Junior College Athletic Association, in 1946 he was Director of the NJCAA Track Meet, in 1949 he founded the first COS golf team and in 1952 he was the director of the first California JC Championship Basketball Game.

Posthumous recognition came from the National Junior College Association in 1965, naming him one of three outstanding coaches in the country.