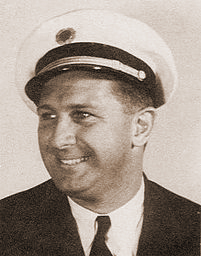 Bancroft was a three-sport star at Fresno High School and enrolled at the University of California in 1925. He played on the Cal Freshmen team in his first year as a tight end. He also filled that position on the varsity in 1926 and 1927, but was moved to tackle in 1928. During the "Big Game" with Stanford, he intercepted a pass and ran seventy-eight yards for a touchdown in a 13-13 tie. He was one of Admiral Nimitz's favorite pilots during World War II. Following his discharge from the Air Corps, he became a Pan American pilot. 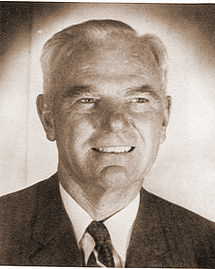 Jim Blewett was a graduate of the Manual Arts School in Los Angeles. He played soccer until the school added football. After playing football at the University of California, he became head coach at Fresno High School in 1921. He coached the Warriors football, baseball, and basketball teams and his 1925 baseball team won the Valley Championship. He was then hired as the backfield coach for UCLA under Babe Horrell, but went back to coaching high school. His lifetime high school coaching record was 225-70-16. His teams won nine Los Angeles City Titles. 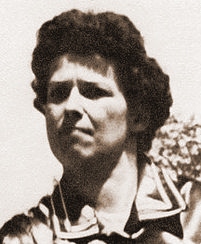 Virginia "Ginny" Busick was a Fresno Rockets pitching missile. The slender 5'10" Busick was throwing around 65 miles an hour when the pitching distance was around thirty-eight feet as compared to forty-three feet for collegiate hurlers today. Busick was inducted into the Amateur Softball Association National Hall of Fame in 1971. Busick was blessed with a sparkling personality, a great sense of humor, and a giving mentality. "Ginny was one of the four or five best of all-time," said former teammate Jeanne Contel. "I caught her in the early days. She had a drop and a change, but it was her speed that produced so many strikeouts. She ranks right there with Bertha Reagan Tickey, Betty Evans Grayson, Amie Peralta, and Joan Joyce. She also was a decent hitter. Ginny was fun to be around, but very hyper. She died way too young [at fifty-seven] of a heart attack."

Busick only pitched in one of the three Rockets national championships because she turned professional and was pitching in Chicago when the Rockets won back-to-back championships in 1953 and 1954. She made that one chance memorable, winning all five of her starts and giving up just one run and ten total hits. For the entire 1957 season, she was 32-4 with only twenty eaned runs against her. In the championship game against the Phoenix Ramblers, she bested another Hall of Fame pitcher, Margie Law, 1-0. According to ASA statistics, she was 22-11 in eight national tournaments. In ten seasons with the Rockets, she pitched 952 innings and struck out 837 batters. Busick never lost a state or regional tournament game. Busick was equally dominant in the professional game leading Chicago Queens to Professional National Softball playoff championships in 1952 through 1954. She was forced to sit out the next two seasons to regain her amateur status. Busick told Kathey Clarey of The Fresno Bee during a 1971 interview that she was a "family project." She explained that her brother bought her first pair of spikes after her first home run while playing for the Selma Goble and Diskers and a glove after she hit a second home run. "Believe it or not, I was bashful, so my father encouraged me to try out for a new team that was being formed in Fresno: the Rockets," Busick said. "In 1946 after the wartime blackout was lifted, my Dad drove me to Fresno. I walked onto the field and was greeted by two men who asked me what position I played. Dad said, 'She pitches.' So I pitched and made the team."

After retiring as an active player in 1959, she returned to manage and coach the Rockets on a full- or part-time basis until 1969 after which she still helped with softball clinics in Oakhurst and Sacramento. Busick found a job that she loved and that fit her personality with the Fresno Public Housing Authority where she was employed for twenty-five years and reached the level of administrative assistant in charge of private housing for low income families. She told Carey: "I believe wholeheartedly in what public housing stands for. There are so many dedicated people working for those who need help. The average citizen doesn't realize that most welfare recipients are good families and people." Busick was sitting at her desk in 1971 when she received back-to-back telephone calls from the ASA. The first was to tell her she was nominated for the ASA National Hall of Fame and the second to inform her she was one of the three elected. "I just sat there with tears rolling down my cheeks," she described. "It's the highest honor you can receive and I feel very privileged to have it, but you don't do it alone; it's a team effort." No one was more of a team player than Ginny Busick. 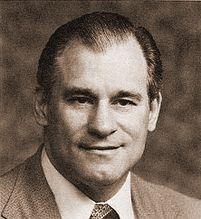 Jim Jurkovich was a big, fast, triple threat back in an era where that combination was rare. The stocky 187-pounder was an All-San Joaquin Valley choice in 1937 and 1938 for the Fresno High School Warriors. He also won the State CIF long jump championship in 1939 at 24'1/2" that held up as a state record for ten years. His 9.9 second speed in the 100-yard dash also garnered points and he anchored the Warrior relay teams. His coach, Erwin Ginsburg, was one of his biggest boosters. "Jim never backed away from head-on confrontations and was a devastating runner."Ironically, it was leading with his head that shortened a promising career at the University of California. Two concussions limited his playing time although the highly recruited Warrior had some starring moments for the Bears. In 1941, he started at halfback for the Berkeley team against St. Mary's. He ran for two touchdowns and set up another in a 31-0 rout.

He was injured in the next game and not allowed to play for the rest of the season. The following year, he was used sparingly, but played well enough to receive an invitation to the 1943 East-West Shrine game. His highlight of that season was a 105-yard pass interception touchdown against USC. Jurkovich was an honor student at Fresno High and University of California at Berkeley and became an internationally renowned structural engineer. He won the 1959 world competition for a bridge design.

Arguably one of the finest early era tennis players in Fresno history, Walt Senior beat some of the top names in the game during the 1930s and 1940s. In 1945, Senior was ranked fifth in the country by the Professional Lawn Tennis Association in singles and second in doubles. In 1946-1947, he was chosen by the same association as the best teaching professional in the United States. He defeated such luminaries as William L. "Bill" Tilden, Frank Kovacs and Bobby Riggs. The Fresno High School graduate enrolled at Fresno State in 1929 where he competed in basketball, track, and tennis. He captained the Bulldog basketball team in the 1930-1931 season. It was his singles victory and a doubles title with partner Clint Arbuckle in the 1931 Far Western Conference championships that convinced him tennis was his game. He had a grueling work ethic. Senior opened a tennis shop on the corner of Olive and Blackstone Avenues and jogged almost daily to Roeding Park where he would take on anyone willing to play him.

After defeating all the best of the Valley, he moved to the Bay Area to improve his caliber of competition. Another former state champion, Ralph Gledhill, became his coach. Senior won the Canadian National and Western United States titles along with championships in California, Michigan, Illinois, Wisconsin, Idaho, and Montana.