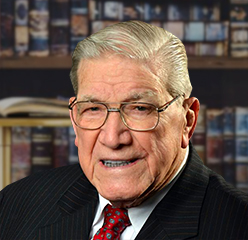 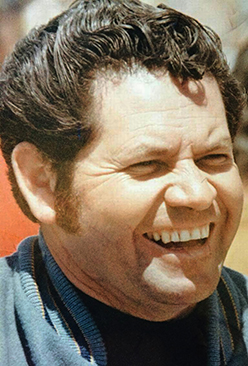 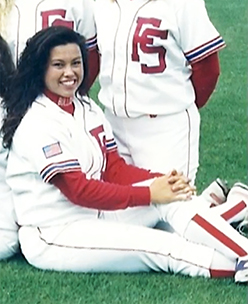 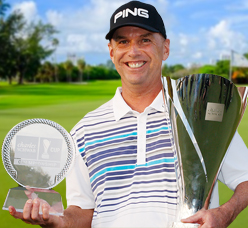 Kevin Sutherland is amazed at what he does for a living.

"I tell people I'm still doing what I did when I was ten," he says.

Sutherland, a professional golfer since 1987, started playing the game when he was eight years old. However, it was not until he was 15 or 16 that he played tournament golf for the first time.

Kevin Sutherland was born and raised in Sacramento. He attended Christian Brothers High School, and it was actually his track & field coach who suggested he might want to consider attending Fresno State. The Bulldogs did not offer him a scholarship, but he picked them anyway, walking on to Mike Watney's team in 1983.

Sutherland redshirted his first year at Fresno State. He used that time to practice, and also simply get used to "being away at college."

By the time he was a senior, in 1987, Sutherland had turned into the Pacific Coast Athletic Association's Golfer of the Year. He was also a second-team all-American.

While at Fresno State, Kevin Sutherland played alongside his brother, David, who was a Bulldog from 1985-1989. The two would also play together years later on the PGA Tour, and they were even paired together in tournaments a few times.

The thought of turning pro did not occur to Kevin Sutherland until his senior year in college. It was Watney who told him, "you're good enough to play at the next level."

More than three decades later, Sutherland is still playing at that level.

An active member of the PGA Tour Champions, Kevin Sutherland has more than a few wins in his professional career. He has earned millions of dollars, has traveled the world, once shot a 59 (at the 2014 Dick's Sporting Goods Open) and he even played a round with his idol, Jack Nicklaus.

"I was like a little kid, watching everything he was doing," said Sutherland of the 'Golden Bear.'

It is a feat that has only been accomplished twice in the 70-year baseball history of the California Community College Athletic Association: back-to-back-to-back state championships.

In 1961, Fresno City College defeated Cerritos College to win its first state championship. The Rams were "fortunate to play well when we had to," recalls one former player. Pitchers Leroy Harris and Bucky Hoover both threw complete games against Cerritos. Harris, who had nine wins that season, won the first game of the best-of-three series. In Game 2, Hoover was the beneficiary of ten runs and 19 hits (four from Chuck Caldera) in a 10-2 championship-clinching victory for FCC.

In 1962, Dick Selma entered the picture. Selma, who would go on to have a ten-year career in Major League Baseball, went 13-2 that year with one of those wins coming in the first game of the championship series against Orange Coast College.

In the last game of that series, it was Sherrill Ankenman who earned the win.

Ankenman, a relief pitcher, entered the deciding game (Orange Coast College won Game 2 to force Game 3) after Bill Harrison was ejected for arguing a balk. Ankenman pitched five innings, allowing just one hit, and the Rams rallied behind him: seven runs on eleven hits over the next four innings to win their second straight state championship.

In 1963, the Rams won their third straight state championship by beating Long Beach City College. FCC had two future major leaguers on that team: Dick Selma and Ross Moschitto, an outfielder from Atwater who was just 20 years old in 1965 when he made his big-league debut for the New York Yankees.